Jump onto your jaeger to beat the kaiju 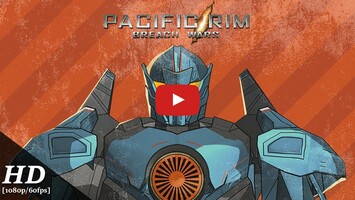 Advertisement
Pacific Rim: Breach Wars is a Puzzle Quest-esque game where you control colossal jaegers from the Pacific Rim series. Your objective (as couldn't be otherwise) is to deter the menacing efforts of the Kaiju -- who are aiming non-stop at ending the world.

Game systems in Pacific Rim: Breach Wars are very similar to Puzzle Quest, but elements of the more recent premiere; WWE: Champions. Basically, you'll be matching up groups of three or more same-colored gems in order to get your Jaeger to smack down its enemy. Once you've moved, it'll be your enemy's turn to strike back.

Each of your Jaegers has one *or several* different special attack and defense skills. All of which, you'll have to unlock by destroying enemies as you go, picking them out by colored gems. Between one battle and the next, you'll increase your skills and level up to improve your Jaeger's strength.

In story-mode you'll watch the saga of Pacific Rim: Breach Wars unfold as you wander its extensive universe, chocked with enemies for you to take on in battle. Plus, you'll earn more than enough resources to recruit new Jaegers for your cause, growing your forces. In any case, the hardest gaming mode to beat is PvP -- where you'll try your hand at facing off against real-time online players via the Internet.

Pacific Rim: Breach Wars is an excellent combo of visually appeasing puzzles and a well-engendered RPG saga. Offering all the original charm of its popular movies along with carefully calibrated graphics makes for eye-popping visuals. This game is well-populated by a huge amount of Kaijus and Jaegers that you've already seen and has plenty of new characters to unlock as you go.
Reviewed by Andrés López Translated by Jessica

I have wifi but I can't connect

Genshin Impact
An open-world RPG with spectacular graphics
Brawl Stars
3-on-3 battles from the creators of Clash Royale and Clash of Clans
League of Legends: Wild Rift
The MOBA king deploys its arsenal on Android
One Piece: Fighting Path
A unique adventure in the One Piece world
Angry Birds Epic
Join the Angry Birds on their most epic adventure
LifeAfter (Global)
Cling to life in a hostile world
Blockman GO-Adventures
Travel and have fun in all the worlds offered by this application